This year’s Annual General Meeting was held at West Haddon, Northamtonshire, a delightful village by all accounts. As usual, the AGM was held on the Friday afternoon, and some changes to the membership categories were agreed.  These changes will be reflected on the website and will be explained in the forthcoming Moxon Magazine.  You can […]

Moxons Down Under Newsletter December 2013

Merry Christmas to all our Moxon members from Down Under. Here is our newsletter, recently posted to all Down Under members of the Society. [prettyfilelist type=”excel” filesperpage=”4″]

The 25th Gathering was held at Llandudno, North Wales between 13-15 September 2013. Accommodation was the very pleasant Queens Hotel. An all day coach trip into North Wales, a trip on the Ffestiniog Narrow Gauge Railway from Blaenau Ffestiniog to Porthmadog and a visit to Caernarfon was included. 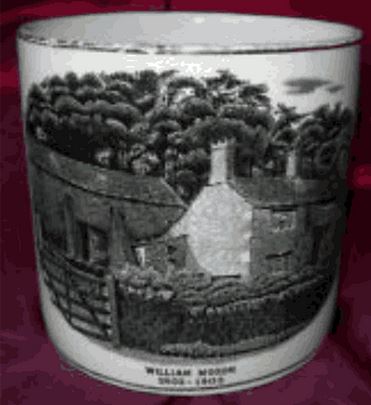 This mug was produced for the centenary celebrations of Swindell Hill Farm, the home for generations of the Moxon family of Kirkheaton, Yorkshire. The inscription on the mug is somewhat misleading, suggesting that William Moxon 1802-1902 was celebrating his own centenary. However this William Moxon, son of William Moxon and Elizabeth Senior was born about […]

Moxons Down Under Newsletter May 2013

John Bruce Moxon of Sydney is the new newsletter editor for Moxons Down Under. Check out the first edition for 2013 here. [prettyfilelist type=”excel” filesperpage=”4″]

In August 2002, Jim and Birgit Moxon of Minneapolis organised a Moxon Reunion for the families of the five sons of George and Ada Moxon. George’s grandfather Alfred Moxon (1823-1910) was born in Homerton, North London but settled and died in Marysville, Kansas. Alfred’s ancestors hailed from Yarmouth in Yorkshire and are part of family […]

Joyce Moxon, whose will has been published in the Moxon Magazine Issue 51, lived in Etwall, Derbyshire, and is listed at Generation 5 in the Moxon Tree MX01, the Moxons of Cawthorne. Here is her will, transcribed by Joan Rendall and Joan’s notes on the will. [prettyfilelist type=”excel” filesperpage=”4″]

Member John Moxon of Southampton has written a biography of his ancestor Edward Moxon, a self made man who made a great reputation as a publisher of poetry in the 1830s until his death in 1858. He published and was friends with William Lamb, William Wordsworth and Alfred, Lord Tennyson. Here is the story of […]

John E Moxon – by himself

John is the second son of Dick and May Moxon and was born in Southampton General Hospital in November 1948. He was a shy lad and didn’t enjoy his early school years except when he had a football at his feet. The family moved to Lymington, Hants in 1961 and here, with confidence growing, found […]

In 1864, William Moxon, his wife Ann nee Ramsden and their four sons migrated from Lancashire to Philadelphia. William had been born in Dunkinfield, Cheshire where his family had settled, but his father Daniel Moxon appears to have been born in Hoylandswaine, Yorkshire. In 1851 census both Daniel and his wife Ellen stated that they […]